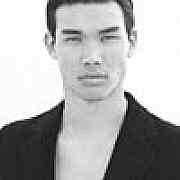 So, I'm going to take a stab at this...before I get too busy and before I forget what I've read -- and thought. (I've already moved on to another book...;-) Overall, I thought this was a masterful piece of work - and realized this on the first page. I've glimpsed around a little bit on the internet and know that J.S. has received some criticism for this book (along with praise, too), but I didn't look too closely because I wanted my thoughts to be my own. I definitely saw/heard some pretty laudatory reviews though, and therefore I had pretty high expectations for this book. Needless to say, it didn't let me down. Don't get me wrong, there were points when I wondered, "Why is this book considered to be great?" and "Where is this going?" and "What does this mean?" But as I went along with it, I fell in love with it. I guess partly because it did make me think those things, and those things - and the way they were written - made me want to keep reading. (As simple as it may sound, this is always a basic sign of a good book, in my opinion, as there have been many that I have started and not gone back to.) I will admit it was not always an easy book to read; not a fluffy book that you could pick up here and there. I felt like I had to really prepare myself and focus for when I was going to read this, which is largely what kept me from getting it read on time. So what did I like about it? J.S.'s keen insight into characters, people, families and their motivations. The people were very real, and developed, and flawed, and multi-dimensional. Cathy/Kate is probably the best evil character that I have ever encountered who was human (yet inhuman?). And how could anyone not be sad when the great Sam Hamilton died? You mourned him along with the other characters who mourned him. And then of course, the writing. Very accessible writing, and for the most part, it kept things moving along (although I know some feel/felt it was bit bogged down with description in some places). However, as things would be moving along, there would be a profound observation dropped into an ordinary paragraph, seamlessly and poetically, and yet without seeming overbearing. For example, on page 530: "One thing late or early can disrupt everything around it, and the disturbance runs outward in bands like the waves from a dropped stone in a quiet pool." These gems were all over the place - you could mine the book for them and be rich. So overall, here is my summary: amazing, scary, powerful, direct. It reaches to the core of what people are really like. P. S. Thought the historical background info was educational, too. ;-) P.P.S. Even though I thought this book was really great, I'm getting into my old fashioned teacher / critical mode: I am reserving 5 stars for excellence beyond compare. If I could give this book a decimal rating, it would probably be about a 4.5, or on a letter grade scale, perhaps a A-. A+ and 5 stars is heaven at this point - attaining the unattainable. Looking back at my earlier reviews, and the my distribution of 5 star accolades, this seems unfair. Perhaps I'm getting stauncher in my reviews? Perhaps, it's because there was such truthful telling of real evil that exists in most of us in this book that it taints my scoring of it? Hmmmm. Another good sign of a good, perplexing book. But my vote remains. For whatever reason, it feels right. 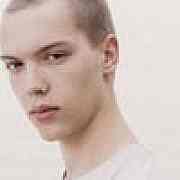 This book was very well written, but I couldn't wait for it to be over! Centering on a nasty predicament with no easy answers, you know at least one character's life is going to be in complete ruins by the end of the book. Still, it made me think so I'm glad I read it.