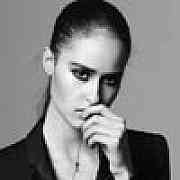 East This is a really, really well done retelling of the Norwegian fairytale "East of the Sun and West of the Moon." 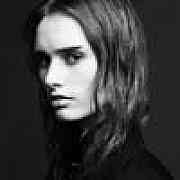 I feel I should start by saying that this book is a departure from my usual reading. But then again, I've been saying that more frequently than usual, so maybe I need to re-evaluate what constitutes my "usual reading." Really, though, I normally wouldn't pick up most books with the word werewolf in the title, but most werewolf books aren't published by Knopf, the most literary imprint of all of Random House's imprints. Word on the street during Winter Institute was that this was a book to watch, so take note I did. After all, any book who can make the good men from Algonquin/Workman howl at the moon in the parking lot is a book that I want to read! Jacob Marlowe is the last surviving werewolf on record, helped along by his covert human familiar, Harley. When the book opens, it's not likely that Jake will survive another moon cycle, as Grainer, a special-ops werewolf hunter, has vowed to track him and take him down, eliminating the last of his kind from the face of the earth. However, a wealthy socialite with dark appetites and an elite cabal of vampires have other plans; they want to abduct him and conduct experiments on him with the hope of curing their daytime curse. If this sounds like it's treading the same old werewolf/vampire/special ops territory, however, you couldn't be more wrong. The intelligent prose and Jake's existential philosophies make this a very smart book, indeed. It's fast-paced, sexy, graphic, and it will be the ruler against which all future werewolf books will be measured -- and found wanting. With no offense meant toward genre fiction, this is a novel that transcends its genre in a luminescent way. And which will completely redefine what it means to be "Team Jacob." I dog-eared dozens of pages and noted twice again that many passages, some of which I've included here: "I lifted her hair out of the way and worked her trapezius from scapula to occipital bone. Anatomical Latin's an unjudgemental friend if you have to rip people apart and eat them." "One develops an instinct for letting silence do the heavy lifting. In the three, four, five seconds that passed without either of us speaking, the many ways the conversation could go came and went like time-lapse film of flowers blooming and dying." "We were in bed, her lying with her wrists crossed above her head, me up on one elbow, caressing her nakedness. The flesh had infinity in it. I must have known every inch by touch, yet every inch renewed its mystery the instant my hand moved on. Delightful, endless futility." "The point is I make no apology and ask no forgiveness. I'm a man. I'm a monster. A cocktail of contraries. I didn't ask to become a werewolf but once it had happened I got used to it pretty quickly. You surprise yourself. You surprise yourself, then realise even the surprise was a bit of a sham." "I changed channels. American Idol. Transformation again, this time from Nobody into Superstar. Perhaps Jacqueline was right: humanity's getting its metamorphic kicks elsewhere these days. When you can watch the alchemy that turns morons into millionaires and gimps into global icons, where's the thrill in men who turn into wolves?" "Filial honour. Forty years ago I killed and ate Grainer's father. Grainer was ten at the time. There's always someone's father, someone's mother, someone's wife, someone's son. This is the problem with killing and eating people. One of the problems." I picked up an ARC of this book at Winter Institute and decided to read it upon the extra urging of my sales rep, Ann Kingman. And I just want to say that I bet I'm one of very few readers who know exactly what Duncan was talking about when he mentions Barbuda as Harley's place of escape. Ahh, Barbuda!