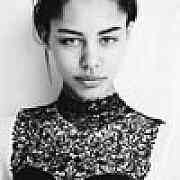 I've been meaning to read this book for years because so many of my friends love it. I think I let that hype build me up for something that this book is not. I liked the book. I did not love it. Arturo annoyed me. A lot. I have little patience for casual assholeness. I really enjoyed some of the minor characters like Vera and the meat eating drunkard who lived in the hotel. The writing itself was beautiful with lovely turns of phrases and word choices and I loved the peek into 1930s Los Angeles it provided. I'm glad I read it. Not sure I would read more Fante though. 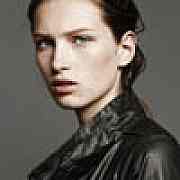 First and foremost, this is a book about form. Four of the five stories are broken in half, each one ‘nesting’ (thanks, Chabon) inside the other until we get to the apex of the novel in one complete, contained story. It’s an intriguing project for many reasons. Firstly, there are the more formal experiments that are taking place: Mitchell sets up his stories to question a reader’s sense of how a story is told—how we deal with chronology, the ways in which readers organize elements of plot and character, and what obligation the author has to guide the reader through new information. (Mitchell tends to drop us in headlong—no preface for what sort of world we are entering or how it is related to the one which preceded it.) But what is really interesting about the way Mitchell sets up his book is the way the characters and stories end up relating to each other. Each story makes an appearance in the next one, becoming a minor element in an ever-expanding, ever-widening plot arch. Mitchell has a lot of freedom with this given that his subject matter is somewhat fanciful and blankly fictional all the way through. Where in a stridently ‘factual’ and ‘realistic’ novel readers may find the process of one story becoming a book in the next, which then becomes a movie in the one after that, a bit convenient and cheesey—the feeling of invention in Cloud Atlas allows for such literary devices without seeming cheap. (I did think the final stretch was a bit silly—a little too Brave New World dystopia-laden for me, but otherwise was rather pleased with the linkages.) This is something that I believe fantasy and sci-fi writers generally are allowed more freedom with—look at the Harry Potter series—the woman literally pulls plot devices out of a hat, and more power to her. Because that is (at least to me) what really puts the spark in truly ‘fictional fiction.’ You don’t have to constantly tell yourself to Suspend Your Disbelief because you did so at the beginning. The other thing that is interesting about this is that you start reconsidering the ‘What’ of the thing. If Character A is reading letters from Character B, but Character A is a fictional person in another novel—what is the ‘real’ story? Where did these ‘fake’ fictions get generated? As each story expands, it throws the last into question, merely by reframing our sense of ‘real’ and ‘not real.’ The fact that this matters to any of us when we set out to read a fictional novel is, perhaps, one of my biggest literary ticks. One seemingly small thing that really irked me by the end of the book: I hate it when authors use their characters to make commentaries on the quality of their fiction. At worst, this is a cheap absolution for a writer who isn’t willing to really defend a choice he has made in a work, and at best it’s cute editorial winking that I don’t need. I know that such meta-commentary is part of the dialog, per se, but I fail to see its true usefulness. If you’ve put your story out there, it should stay out there, and it no longer needs your commentary. Don’t patronize me. Lastly, in a novel that has ‘come unstuck in time,’ where events intermingle and expand and contract with a fluidity that you don’t often see, I was a little disappointed at the sentimentality that this connection seemed to inspire in the writing. Call me a cynic, but I think novels lose their punch when they try to Really Matter. Suffice to say that honing in on the 20/20 hindsight/unacknowledged foresight of history, on the inevitability of humanity’s ironic destruction is pretty unnecessary in a novel that has spent so much thoughtful, patient time and effort doing just that. Once we have the god’s eye view perspective of time repeating, further discussion almost strikes one as prosaic and simplistic. To my mind, just the fact that there is a connection is enough in and of itself. 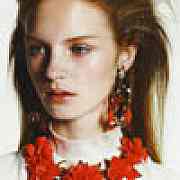 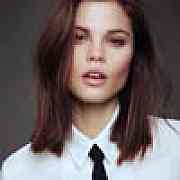