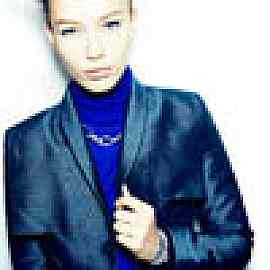 Very good. Loved the summary of history of capitalism. This is what all people should learn in high school. The part about wealth creation on the capital markets (determining I by knowing R and ROI for similar risk projects) and how that's different than savings or income~skills. Also the difference for the Fed between a checking account (or demand deposit) and a savings account (certain measures of money supply (M1 M2, etc) count checking and not savings). It was written in 1994 so they talk about stuff that today we aren't worried about. Inflation (we mostly know how to deal with). Fears of Germany and Japan leaving us behind (we have past both up again on productivity). How Japan has a wonderful synergy between government and business (w/ the 90s as a 'lost' decade for Japan and its banks we know the two shouldn't get in bed too much). As I prepare to settle down and immerse myself in the long-awaited literary spectacle that is The Scarlet Gospels, I am going back and revisiting the original appearances of Pinhead and Harry D'Amour. As brilliant as Doug Bradley and Scott Bakula were in their respective screen roles, I want to recapture the essence of Clive Barker's vision, the magic of his words, and the subtle nuances that remained on the page. If we're to go back to where it all started, then we have to look deep into The Books of Blood, specifically the sixth (and final) volume, with the story The Last Illusion. Although it's really the publication of Everville a decade or so later that truly refines the character, it is here where Harry D'Amour makes his first appearance. Here, Harry is established as a clichéd sort of film noir detective, beaten down, and hounded by both clients and creditors. What makes him intriguing, however, is that fact that he's haunted by the occult nature of the Wyckoff Street case - which ended with "the world he thought he'd known turning inside out" and left him with "more questions than he'd ever answer this side of the family plot." At this point, he's not yet the seasoned occult detective he's destined to become, but the supernatural seeds have definitely been planted. Although Barker writes here of the Gulf, not the Gash, you can already sense him creating the mythology of Hell, and foreshadowing the first appearance of the Cenobites. Swann made a bargain with the devils of the Gulf for magic, selling his soul in the process, and now they're coming back into the world to collect. Truly, it wouldn't take more than a few minor edits to bring the two worlds neatly together, and readers can certainly be forgiven for confusing Butterfield's black lacquer box with a certain puzzle box as they stand before the flames of the crematorium. Part of the story's charm is the fact that D'Amour is in way over his head, struggling to figure things out as he goes, and nearly falling prey to the supernatural on more than once occasion. He's not yet the darker, more jaded professional we've come to know, warded by tattoos, and psychically equipped to do battle with the forces of darkness, but it's fascinating to watch his journey begin, and to think of the man he will one day become. When he's told at the end that his actions will be neither forgiven nor forgotten, that he shall be forever an enemy, his response is a simple, "I hope so," and that's really where his legend begins. Like everything within The Books of Blood collections, this is an extraordinarily dark tale, full of twists that keep you guessing. It's less a tale about solving a mystery and more one about surviving it. There are some brilliant scenes of supernatural horror, with Barker getting deep inside our heads to paint a picture of darkness and blood, and some superb exchanges of dialogue that would seem melodramatic elsewhere, but which are entirely fitting here. Most importantly, it leaves us wanting to know more about the enigmatic Harry D'Amour, a character Barker has revisited on more than one occasion, and who will share the stage in The Scarlet Gospels. Originally reviewed at Beauty in Ruins