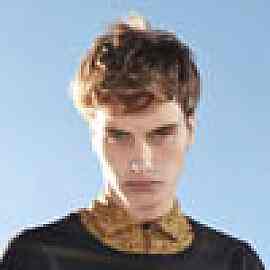 I’ve read all the Narnia books many times, but this is the first time I’ve managed to read any other Lewis book. It kind of shook me, honestly, from the beginning. I had never realized how much he was talking down to his young audience in Narnia, but this was a different animal entirely; here he is lush and symbolically bold in a way that folksy old series never attempted. This Lewis is masterful and assured. I had no idea he was capable of such lyricism. It is, inevitably, a Christian book and Christian message, but I must say it is a muddly one. Lewis, the literate Christian with the awkward but irrepressible preoccupation with classical mythology, here explores his Christian themes through a dialogue between pagan Greece and even-more-pagan Glome. In the Fox, the wise Greek, Lewis manages in one moment to present an effective monotheist—his own voice—and in another moment confesses, in the voice of that foolishly rationalist and effectively atheist character, his very own weakness for the silly old myths. (I am in awe of the dense shell game he’s playing, even as I can’t help but feel he’s having his cake and eating it too.) It is a little hard to take, at times, for a reader not in tune with his Christianity; Orual, a beautiful protagonist as the ugly sister, begins after a while to drive the plot by hewing fast to some awfully unreasonable beliefs and choices, and thus becomes a regrettable standard-bearer for skepticism. But it was ever thus with openly evangelical writers. In the end, nothing so broad and simple wins the day, anyhow; Lewis executes a dizzying balancing act between dutiful retelling of the myth, generous rendering of Orual’s fictional real world, and the strange parallels and changing perspectives necessary to bring it all into harmony with his own essential religiosity. He is willing to let the Christian element remain obscure in order to let all of this work. And the end is nothing vindictive, not the stuff of judgment at all despite its classical/Christian provenance; he has made a beautiful thing. Unmistakably C.S. Lewis, this nevertheless tugs at my heart in a way usually reserved for Kingsolver and LeGuin. You should probably read it.