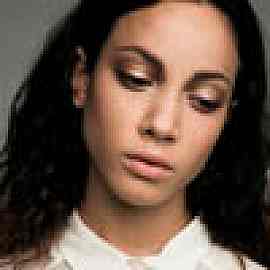 Great collection of Hunter's writings. More like an anthology with only the slightest idea of a theme, (besides sports that is). The book is a selection of short stories that are set up so that they r in chronological order. While most of the are "based on true events" the author hints, that the book "is still a work of fiction", I'm sure he used writers leverage to change things around quite a bit. None of the selections compare to the first one though. it by far was my favorite. Actually the opening paragraph impacted me a lot. It really got me thinking about what it would be like to be away like that. Heres the first paragraph maybe it will motivate you to find a copy of the book and read: "Firt Lieutenant Jimmy Cross carried letters from a girl named Martha, a junior at Mount Sebastion College in New Jersey. They were not love letters, but Lieutenant Cross was hoping, so he kept them folded in plastic at the bottom of his rucksack. In the late afternoon, after a days march, he would dig a foxhole, wash his hands under a cateen, unwrap the letters, hold them with the tips of his fingers, and spend the last hour of light pretending". (Firstly I'd like to apologize for all the whining about annoying characters... But I promise, I did enjoy the book, and I do recommend it! :D ) I enjoyed Flawless. It wasn't the best book in the world, but it was definitely an enjoyable, quick, fun read about friendship and relationships. Sarah Burke has a big nose. She's learnt to deal with it though, and she keeps pushing away the plastic surgery leaflets her mother has 'hidden' around the house. That is, until she meets Rock. He's funny, he's nice, AND he's intelligent. So he's perfect for Sarah, isn't he? Well, yes, but nothing can ever happen between them because Sarah has promised her best friend Kristen that she will help her get Rock. So Sarah is forced to choose between what she thinks is the right thing to do, and what is best for her. Her loyalties are stretched to the limit, so who will she choose? Rock, or Kristen? I liked Sarah, though at times she really annoyed me. She couldn't stand up for herself at all, and to be honest, I thought she needed to grow a backbone. I get that she was extremely loyal to Kristen, and that she didn't feel she could stand up to her, but if Kristen was truly an awesome friend, she would at least listen to what Sarah had to say, and maybe even realise how much Sarah liked Rock. I thought that Sarah writing emails to Rock as Kristen was more than a little weird, and it just made me wonder why she did it. I mean, if I had the hots for a guy, and my best friend wanted me to use my incredible writing skills to tease him into thinking she was clever, I would totally say no. Maybe I'm not that great a friend, but I just couldn't see myself doing it... And Rock was weird. It was obvious that while he liked Kristen, he liked Sarah more, and I felt like he should have at least told Kristen his feelings about Sarah before they started dating. I think he should have been more involved in his and Kristen's relationship, I couldn't help but feel that their whole relationship was one-sided, and Rock wasn't putting much effort in. And lastly about Rock, I think he has an... odd, name. Honestly, I don't like it. And I understand that it's a retelling of a classic, but couldn't Lara have called him something else... :/ And my last complaint, is Kristen. I thought she was shallow and a bit of a rubbish friend. I don't know, maybe that was how I was meant to feel, but I don't think forcing her best friend by pulling the 'I'd do it for you...' card to get a boy to like you, is my idea of being a good friend. I'm sorry I'm so opinionated about this, but I've had a lot of friendship issues in the past and I've had time to contemplate what makes a good friend. And this book made me think about it even more. However, as you probably can't tell from this review, I did enjoy the book. I enjoyed reading about the characters, even if I didn't like them, and I enjoyed the plot line. I couldn't see how Sarah was going to get out of helping Kristen; I knew it was going to happen, but I wasn't sure when or how. Once it was revealed though, it made perfect sense and I thought it made a great ending. Flawless is a very good debut novel from Chapman, and I enjoyed the normal-ness of the story, and I could really imagine it taking place in a real American high school. I would recommend it to fans of the contemporary genre, and people who need a quick, fun read.