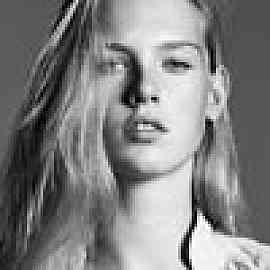 Beaumont's biography of the great blues musician Son House is a remarkable achievement, considering what he had to work with. House was born in 1902 (probably) in Mississippi, and an African-American born in Mississippi at that time wasn't considered worthy of much in the way of official record-keeping. There is no birth certificate for House, and no records of his two arrests and prison terms (in Coahama County Prison Farm and the notorious Mississippi State Prison Farm at Parchman) have survived. Everything we know about House's life up until his famous 1930 recording session for Paramount is derived from interviews House gave after his rediscovery in 1964. And other large chunks of House's life, such as the 1943-64 period, when he moved from Mississippi to Rochester, New York, are almost as "off the radar." But Beaumont has done a great job of sifting through the interviews House gave, and coming up with something that is as close to the truth as we are likely to get. He also searched what records there are, and conducted interviews with those who knew House at various times in his life. He doesn't shy away from the negative (House was an alcoholic for much of his life and killed two men, probably at least partially in self-defense), but manages to avoid the unpleasant tone of Stephen Calt's biography of Skip James, to invoke a book most readers interested in House will know. Most importantly, Beaumont does a good job of invoking the power of House's music in words. I can't imagine anyone reading his four-page description of House's very first recording, the masterpiece "My Black Mama," without wanting to immediately hear the music. Here's part of it; after describing House's guitar playing, Beaumont says: House's vocals are even more impressive. Under the pressure of the moment, it seems as if all the bitter disappointments of his twenty-eight years, all the painful failures, frustrations and resentments of his life up to that point gather into a powerful storm that bursts forth in the first words he sings, the angry question, "Black mama, what's the matter with you?" His voice is immediately gripping, fierce, and full of rage.... House's bitterness and anger speak most clearly in his enunciation of the word "satisfaction." The stress on the third syllable is so strong it seems as though he means to snap the word in two. House was a somewhat tortured man, driven by his conflict between the God that he believed in (he was a preacher at several points in his life) and his uncontrollable drives for alcohol, sex, and most of all, the blues. He is "important" as a mentor of Robert Johnson and Muddy Waters, but more important is the high quality of his driven, haunted music itself. Thank you for this book, Mr. Beaumont. Not as good as book #1 but I still enjoyed it and will keep reading the series. Loving Mma Romatswe!