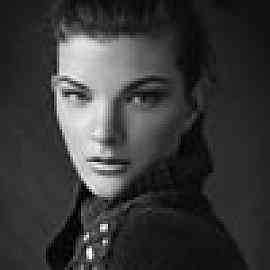 This was the first of the Sharpe books that I've read. I picked it up largely because of the nautical theme, being fond of what I've seen of the Sharpe TV movies, though not overly enamoured. I enjoyed it, for the most part. It's like an extended Boy's Own adventure, set on a ship full of men being manly bastards and the French being perfidious. The plotline wasn't much to write home about, frankly; apart from the opening sequence, and the climactic battle of Trafalgar, I thought the whole thing dragged rather a little, and too much attention was paid to the romance. The attraction between Sharpe and Lady Grace felt much too cliched, too painted by numbers, for me to ever be interested in it. Aristocratic lady falling for a hot bit of rough has been done so many times that there needed to be something more to the thing to make me warm to the pairing; as it was, I couldn't even believe it to be plausible. Everything picked up in the last third of the book, once the great battle actually began, but everything before that really felt like an extended contrivance to get Sharpe to be there. Most of the period details felt right, which is always a huge, huge plus for me; the stink and piss and sweat of six hundred odd men crammed onto a third-rate was well conveyed, and any lack of greater detail about the actual mechanics of sailing the thing can be more than adequately explained by the fact that Sharpe is a soldier, not a sailor. It never felt as true to me as in the Aubrey-Maturin books, though, or even the Hornblower ones. Sharpe mostly came across as a stock hero type, someone who has pulled himself up from the gutter by his bootstraps and is going to show those aristocrats just how much hell a lad from Yorkshire can give them. Or summat. The only times he really came alive for me was when he murdered Braithwaite in cold blood - not something a hero usually does, and different enough to really catch my attention - and in the final portion of the book where he finally goes into battle as part of the Pucelle's boarding party. He was ashamed when he remembered the joy of it, but there was a joy there. It was the happiness of being released to the slaughter, of having every bond of civilization removed. It was also what Richard Sharpe was good at. It was why he wore an officer's sash instead of a private's belt, because in almost every battle the moment came when the disciplined ranks dissolved and a man simply had to claw and scratch and kill like a beast. That was the part where his character first grabbed my attention, first spoke to me and really made me believe that this was part of the life story of someone who had lived through the Napoleonic Wars. Unfortunately, there were only about thirty pages or so left in the book by this stage. If you do pick it up, skip straight to the last eighty pages or so; I'd recommend Patrick O' Brian over Cornwell any day, though