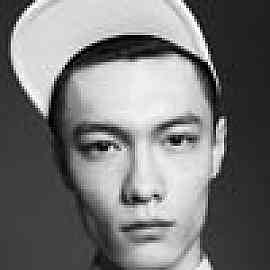 Pops is, by far, the best account of Louis Armstrong’s life I’ve ever encountered. Terry Teachout’s narrative is graceful and full of insight, and his esteem for Armstrong shines through every page. But reading it, I also realized for the first time how challenging it must be to write about the man. Armstrong was an undisputed genius. He raised jazz above the level of novelty music and inspired an entire generation of artists with his 1920s Chicago bands and the seminal records of his “Hot Five.” He even demonstrated how jazz could truly be art with essential, timeless recordings like “West End Blues.” But within a decade of his emergence on the scene, the critical tide was already beginning to turn against Armstrong: first for joining the big band craze and turning his back on small-group hot jazz, then for sticking to his “good ol’ good ones” while the rest of the jazz world was moving relentlessly forward. Satchmo was chastised for working with mediocre sidemen, for embracing commercial pop songs, for his old-school vaudeville antics on stage, for his shrinking and fossilized repertoire, for his roles in a long string of forgotten B-movies, and for his apparent subservience to white managers. Such stones would be flung at Armstrong by music critics, modernists, and black intellectuals for the rest of his life. All of these criticisms have merit, but they neglect Armstrong’s own vision. His desires were simple. He wanted to play the songs he liked for the largest possible audience. He wanted to sing. He wanted the spotlight, without competition from his sidemen. He wanted to be taken care of and absolved from difficult business decisions. And he wanted to be loved. Any honest assessment of Armstrong’s life needs to resolve this conflict. Is his story a rags-to-riches tour de force where a New Orleans slum kid rises from nothing to become the world’s most beloved entertainer, or a tragedy where a great genius becomes set in his ways and fritters his talents away to suit the exploitative whims of others? Both stories are true, and Teachout (like Gary Giddins in his much shorter Satchmo ), understands this. Teachout is not afraid to challenge critical orthodoxy, and generally respects Armstrong's choices. But this book is not quite the fawning apologia some reviewers say it is. Teachout is honest about the paradoxes of Armstrong’s life: he shows us where he triumphed and where he held himself back (or allowed others to do so). We see the fiery player with the golden horn, hitting hundreds of high C’s in a row, but also the showboater who pushed his body to the point of failure just to please his audience. We see the adulation of the masses, but also Armstrong’s philandering, his run-ins with the mob, his terrible business deals, long stretches of weak recordings and dull concerts, and the flashes of temper or melancholy that were so well hidden from the public. But when all is said and done, we see Louis Armstrong the Giant—a man who truly loved the world and was loved by the world in return. It’s a tremendous life, and Teachout presents it beautifully.