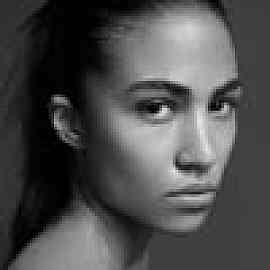 **Some mild spoilers ahead** On the front of this novel, Alice Hoffman is quoted as saying “No one does it better.” That’s not true. A lot of people do it better. Alice Hoffman, for example. Or Robin McKinley. Or Neil Gaiman. Altagracia "Grace" Quintero is a self-described gearhead covered head to toe in tattoos, and she gets pissed when people judge her for her ink instead of her character. She loves classic hot rods (which she rebuilds), rockabilly and surf guitar, and Ford Motor Company (and she's a bad MoFo with a FoMoCo tattoo running down her leg to prove it). It's not important that you remember any of these things because she'll repeat them, over and over again. Oh, but other than her referring to her grandfather as "abuelo", you will have to remember that she's Mexican-American, which begs the question as to why this was important, unless it's so that de Lint can show off his limited and stereotyped surface knowledge of Mexican culture and the American Southwest. He must have watched a special on the Travel Channel. Grace has just met the man of her dreams--John. Sure, he's pretty straight-laced and doesn't have any ink, but what he lacks in body art, he more than makes up for in . . . well, I'm not sure. It's just one of those "eyes locked across the crowded room" scenarios that leads to them going to bed together. But here's the problem for Grace: she's dead. Yup, kicked the bucket, pushing up daisies, groundhogs are bringing her mail, she has shuffled off this mortal coil. She's only allowed two passes back to the real world each year (Halloween and May's Eve) and, wouldn't you know it?, she doesn't meet her true love until she's all corpsified. Ain’t death a bitch? The rest of the novel is about these existence-crossed lovers trying to figure out how to be together. John, as he waits for the months to pass by, develops a stalkerish interest in—you guessed it—classic hot rods, rockabilly and surf guitar, and FoMoCo. Grace, as she waits, decides to rebuild a car in the afterlife. The afterlife Grace finds herself in isn’t heaven or hell, but seems to be a purgatory where people who die within the area in which Grace lived cross over, along with the building in which they died. So the landscape is constantly shifting, but everything else is pretty much just like life. The dead play cards, read books from the local library, listen to music at the local record shop, and basically wait for their two “get out of jail free” passes back to earth. So what was my problem with this novel? Oh, there were so many. Weak characterization; long, tedious passages (the afterlife has never been so boring); conversations that offer shortcuts to exposition; and the fact that the last 1/3 seems to belong to a totally different novel. Some plotlines are just dropped altogether (for example, John just disappears off the page part of the way through the book after de Lint has spent so much time developing this relationship upon which the entire plot seems to hinge). This may be my first and last de Lint novel as I have the sneaking suspicion that the best thing about his novels is the cover art. Cross posted at This Insignificant Cinder