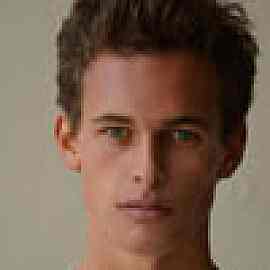 Good but not as good as Kite Runner! Taken from my blog: Written in third person narrative with alternating focalization, the narrator is an unobtrusive presence yet I felt that maybe the narrator knew a lot more than they were letting on. The use of the third person narration allowed for multiple plot threads to run simultaneously, weaving together seamlessly and enticing the reader further into the book, completely compelling. Set in the not too distant future, it is disturbing how easy it is to picture the total economic collapse and political corruption portrayed. All the characters were well rounded, their interactions and characterisations worked beautifully together. Mainly focalized from Riley's perspective - Already dealing with the loss of her mother from Cancer and the crippling medical bills. A Father who battles demons is high on the danger list. When his death occurs early in the book it does not come as a big surprise. Leaving Riley alone, the only person she can lean on, Beck, who she considers an enemy. I found Riley naive at times, she was her own worst enemy, she doesn't like people thinking she is vulnerable especially because she is a girl working in a predominately male dominated 'career'. Forced into an adult world of bill paying and making money in order to pay said bills; while still having to cope with the usual teen angst and hormones *yuck*. She is learning the hard way how to be independent and one of the hardest part of that is knowing when to ask for help. I had the feeling that there is so much more to learn about Riley, things she doesn't even realise about herself. Beck, on the other hand, is the epitome of independence, suffering through a neglected childhood and on his way down a slippery slope until he meets Paul Blackthorne, Riley's father,who becomes a father figure to Beck. Showing that it only takes one person to believe in you to give you confidence in yourself and the ability to change your life for the better. I keep picturing Josh Lucas as Beck. Both Riley's and Beck's grief at losing her father was palpable through the pages. I would totally love to have Beck as a big brother. As the story progresses I began to wonder if the events were a small start to Armageddon? The background detail is dealt with in depth making it very realistic. All the characters are interesting in their own right making up a very volatile society comprising witches, necromancers, demon trappers alongside 'normal' people. Although I took an instant dislike to Harper; I did wonder what had happened to him to make him so bitter and aggressive; along with the reason why he disliked Riley's father so much. I also think he has his own agenda which cannot be a good thing . While Simon being very religious provided a nice comparison to both Harper and Beck as well as the demon trapping itself. He provides a really sweet romantic interest for Riley. Ori on the other hand is not introduced until the last part of the book and is shrouded in mystery. Although I am intrigued by his character I really don't want another love triangle. I think I am all burnt out on those. As the story progresses Riley's eyes are opened to the different sides of life, she slowly starts to see that not all things are black and white/right or wrong. I think the pivotal point for Riley was when she went to the market and met the witches, which was so beautifully described I felt as if I was there myself. I cannot go through this review without mentioning the use of Moby Dick to render a demon unconscious (by reading to it) I laughed so much at the thought. Deep layered mysteries pepper the plot which I am now desperate to solve *sigh*. This book contains elements from a variety of sources: romance, action, friendship, loyalty, religion all entwined with the mystery and paranormal, altogether compelling. It is very hard to categorize this book: urban fantasy sprinkled with dystopian comes to mind - well whatever it is it is a fantastic debut.